"Culture is the soul of any civilization" 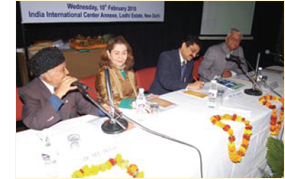 Kampilya, in the Tehsil of Kaimganj, is situated near the banks of the Ganga river. This Panchala area is the Doab region of the Ganga- Yamuna and hence is very fertile. It is home to a large variety of agro- produce.

FRUITS: The king of fruits, the mango, is grown here & transported throughout the country. Varieties grown are the “Langra” & the “Dasheri”. Guava is also abundantly grown along with bananas & jamuns.

VEGETABLES: Most vegetables are grown seasonally and make their way to whole sale markets. This region is considered to be the largest producer of potatoes in India. The varieties are the general ones, with chipsona making its presence felt in pockets. There are almost 100 cold storages but erratic power supply still makes a large quantity of potato to be wasted.

OTHER CROPS: Among other crops there is wheat, mustard, sugarcane, maize etc. Tobacco is a prominent cash crop. As per information available to us, this area, at one time was famous for medicinal plants.

AYURVEDA: Kampilya is the cradle of “Ayurveda”, the science or knowledge of life. It is said that ancient scholars, called “Rishis” roamed this area and conducted research, experimenting with medicinal plants. A grand meeting of Rishis was organized on the banks of the river Ganga at Kampilya and it was decided to document the research work of the Rishis, so that society at large benefits from their knowledge. Thus was compiled the “Charak Samhita” , the gospel of Ayurveda.

Draupsi Trust initiatives: The Trust organized various programs to create awareness about the potential of Food Processing Production & conducted workshops for the local women & youth. A series of training workshops were organized for women/girls to create awareness on hygienic cooking & making of processed food products like jams & jelly, dalia, potato chips, papads etc. They were taken for a field visit to manufacturing units in Agra, so that they may learn about small scale production enterprises. Information about packaging & marketing channels was provided, to generate interest in entrepreneurship opportunities.

FUTURE: There is interest, and potential in the local population, to set up small food processing units. Erratic power supply and lack of local government incentive have hampered their initiatives.